Yvette Herrell has a record of siding with special interests while advancing her own career. Herrell used her time in the New Mexico state legislature building connections to Washington special interests through the Koch-funded lobbying group ALEC, while letting taxpayers help foot the bill for her trips to its lavish conferences in Washington, D.C. As a member of the New Mexico House of Representatives, Herrell has voted against environmental protections and proposed an extreme attack on New Mexico’s public lands that could result in public lands being sold off to private developers. She has a 14% lifetime score from Conservation Voters New Mexico. This is Herrell’s second run for Congress, her second time on LCV Victory Fund’s Dirty Dozen and a rematch against LCV Action Fund-endorsed Rep. Xochitl Torres Small. 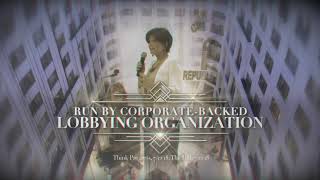