David Richter is running against first time incumbent LCV Action Fund-endorsed Rep. Andy Kim in New Jersey’s 3rd congressional district. Richter supports Trump’s withdrawal from the Paris Climate Accord as well as Trump’s tax reform plan that gave billions of dollars to Big Oil. He is the former CEO of Hill International, a construction company that has worked on dozens of  oil and gas projects throughout both the U.S. and the Middle East. His company worked on a petrochemical plant near a predominantly Black community in Louisiana that ended up emitting nearly 100 million tons of toxic pollution in 2018, making it the second largest air polluter in the nation, as well as half a dozen other oil and gas projects that resulted in pollution, fires, and harm. 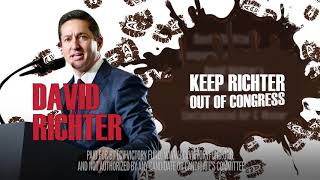